Jive Bunny & the Mastermixers are a global phenomenon. From 1989 – 1991 they ruled the charts with their fast-moving party mixes and to date have amassed record sales exceeding 15 million. Debut single that reached UK number one on 30th July 1989 and remained there for 5 weeks becoming the 2nd best selling single of the year. The track also topped the charts in 11 other countries around the world including France, Germany, Norway, Australia & Spain as well as a very credible 11 on the Billboard Chart in America. The track uses ‘In The Mood’ as the intro/outro and features classic tracks from Bill Haley and his Comets, Danny and the Juniors, Elvis Presley and the Everly Brothers

The follow-up single reached number one on the 15th October 1989 and stayed there for 3 weeks. The format for this single remained the same as the first with the theme tune to the TV show ‘Hawaii-5-0’ as the intro/outro track with other tracks from Dion, Chubby Checker and Little Richard all included in the mix. Once again this track ensured a global hit including number one in Spain and Ireland.

The 3rd single was a festive-themed mix featuring classic hits including tracks from Slade and Wizzard. It shot straight to the top of the UK charts on 10th December 1989 and ensured Jive Bunny would cement a place in chart history by achieving 3 consecutive UK number ones with the first 3 releases, a feat at that time matched only by Gerry and the Pacemakers and Frankie Goes to Hollywood.

That Sounds Good To Me

A 4th consecutive UK number one was denied when this track peaked at number 4. The mix was inspired by the Blues Brothers track – ‘Everybody Needs Somebody To Love’ with the sleeve artwork & cartoon video clips paying homage to the cult movie. Other tracks in the mix included ‘Long Tall Sally’, ‘Tequila’ & ‘Roll Over Beethoven’. The track reached number one in Ireland and was a hit across Europe.

The debut album included 2 number one singles plus a range of exclusive mixes featuring classic hits from the 40s, 50s, 60s & 70s. It was a global hit reaching number one in Australia and top ten in Austria, Canada, Switzerland, Norway & New Zealand as well as charting in Germany, Italy & Sweden. In the UK the album peaked at number 2.

The Other Jive Bunny Releases 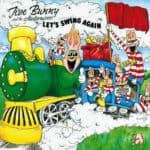 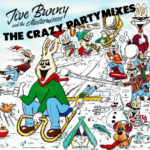 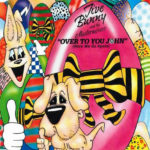 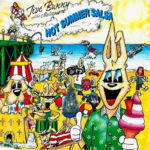 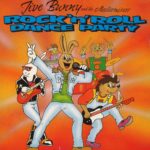